The 110 year history of a bicycle component brand

Due to steadily growing turnover and the general market situation, activities of the firm increased and a better supply of raw materials was needed. Negotiations with the company C.D. Wälzholz, supplier of steel wire, led in July 1905 to the foundation of "UNION Gesellschaft für Metallindustrie mbH" in Fröndenberg (Germany).

By the end of 1905 UNION® had started the production of Bicycle-Pedals and the number of employees increased up to 210 blue collars and 15 white collars. Two years later they started their own production of spokes and nipples.

By 1913 Union was a mass producer of bicycle components and by the end of the year showed results with production numbers of 43.700 pieces of chain, 68.5 millions of spokes and nipple as well 387.000 pair of pedals. The number of employees amounted to 535 blue and white-collar workers. 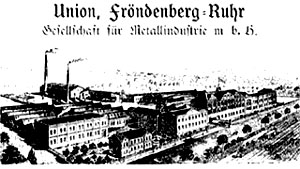 The UNION factory in Fröndenberg,
Ruhr (Germany) at 1920

In 1914 UNION® started to produce front and rear hubs. After the First World War a big demands for bicycles helped to increase the bicycle industry. By 1919 Fröndenberg employed 613 people and the production facilities started to become too small.

In 1927 the UNION® facilities in Fröndenberg were increased and in 1928 a new hall for pedal production was built. Employees increased also to nearly 1.200 people.

Important in these developments was Dr. Ing. Heinrich van de Loo, who started as assistant in the wire plant and spokes and nipples departments, and became Managing Director and later shareholder. He invented the cold-formed pedal axle.

By 1936 bicycles were in wide usage and sales were increasing. UNION® took full advantage of this and invested heavily in bicycle parts manufacturing, by buying more land and building more capacity. Also in 1936 UNION® invented the new chain "NOVA" which had a breaking load of 1.000 kg instead of 750 kg.

In 1937 a reflector started to be included in the pedal and became very important to the pedal market. UNION® bought the licence rights, but was not allowed to produce reflectors themselves. Therefore they had to look for a supplier, which they found in Eisenach/Thüringen.

The firm "MELAS" did produce good quality reflectors. Soon it was agreed to buy the "MELAS"-company. This step was quite important for the development of UNION® as MELAS had a good reputation in the lighting sector. The production of so named “TOLO – pedals” with a glass made reflector could start.

In 1948, after the currency reform, the recovery in Germany became more and more visible. At UNION® in Fröndenberg the building for chain production was rebuilt in November 1948 and also the other production started to recover. Just in time UNION® was ready for the first boom in the bicycle market after the war. They produced in 1948 three times more than in 1947.

As the economy and industry in Germany developed, UNION® had to think of its future as well. As more and more motorcycles, motorbikes and finally the car became important, UNION® started to develop and produce (in addition to their bike component business) chains, pedals and lamps for motorbikes.

In 1964 UNION® bought the former "BERKO"-factory in Berlin, which was a traditional producer of lighting systems. The production of UNION® dynamos started in Berlin. The facilities in Berlin-Tegel covered 6.000 sq metres and employed 130 people. In 1988 UNION® Berlin delivered nearly 2 millions bike dynamos and more than 2.7 million bike lamps.

The start of new life style attitudes and health and fitness thinking of the people, gave again positive effects on the bike industry in the mid 1970’s. Therefore especially 1977 became a record year. UNION® with 3 production facilities in Fröndenberg, Werl und Berlin developed accordingly. More than 5 million chains, 11.5 million pairs of pedals, 5.5 million hubs, 277 million spokes and 4.4 million lighting sets were produced by UNION® in 1977. Fifty percent of this was exported. 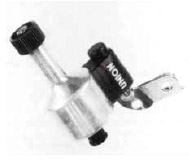 In 1979 UNION® went to America to enforce its market there. The plant “UNION Fröndenberg USA” in Olney / Illinois was founded in order to produce pedals and spokes.

In 1979/1980 UNION® built new facilities on the outskirts of Fröndenberg in order to move out from the old, and now way too small, plant in the centre of the town.

In the early 1990’s UNION® started to set up a new plant in Czech Republic. Later the light production from Fröndenberg was moved to Czech and Werl's production of pedals and hubs was moved to the Czech factory as well. 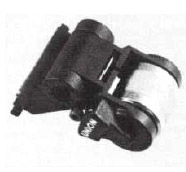 Since 1995 the UNION® brand belongs to the MARWI® Group.